The Trouble with the F Word

The Trouble with the F Word

‘The Trouble with the F-Word’ is an exciting documentary film about feminism and anti feminism. 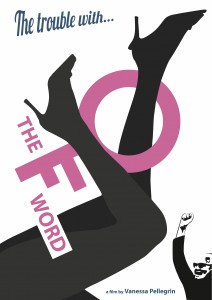 Produced by Beverley Morisson and Vanessa Pellegrin who is also the director, this controversial feature asks the question what is wrong with the Feminist label? It introduces feminist activist Lucy-Anne Holmes, who is campaigning against the Sun Newspapers page 3. TV presenter Nick Lancaster has nothing against gender equality, but cannot associate himself as a feminist. Their challenge? Swapping roles to canvas for the opposite side of their beliefs. Nick will train to become a feminist and Lucy will canvas for anti-feminist groups. 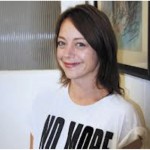 Lucy-Anne Holmes (Presenter) is an actress and writer living in Brighton, who launched the ‘No More Page 3’ campaign to stop The Sun from including pictures of topless glamour models on its page 3. The campaign was started by Lucy-Anne-Holmes in 2012 and has received support from Green MP Caroline Lucas along with cross party support from over 140 other MPs. She also received support from celebrities such as Russell Brand.

Nick Lancaster ( Presenter) is a British actor living in Birmingham. He works for famous media as BBC, Nexi TV, Arrow media TV, but also for Two Hats Theatre Company or the Palace Theatre, and several productions companies. He is also a sports presenter on Sky.